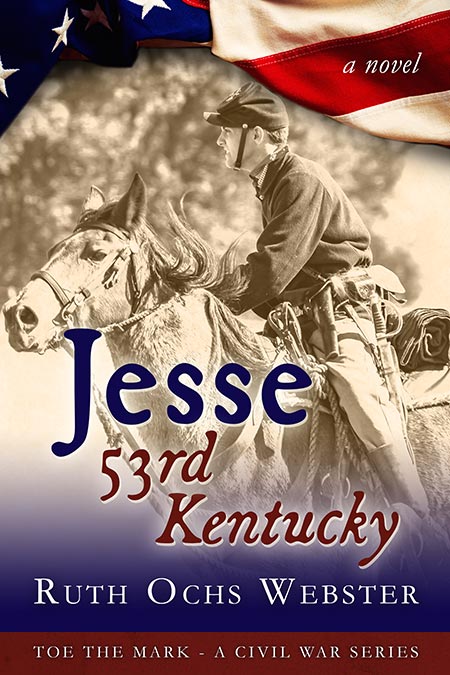 Jesse Cook knows what he wants—to join the new mounted regiment being raised in his hometown in Kentucky. It’s 1864. The War of Rebellion is nearing its dramatic conclusion, with his side on top.

Jesse has been working at his pa’s side at Cook’s Cooperage since he was a boy. Surely, the shop can do without him for a year. Isn’t enlisting every man’s duty?

And the danger? Jesse can’t imagine there will be any Rebs left to fight. His ma knows better, fearing that her kinfolk in Virginia are far from defeated. But isn’t the new unit simply going to be guarding the railroad? Men in power have other plans, sending a force of 5,000 horsemen into Virginia on a raid to destroy and demoralize.

Corporal Cook will find himself tested to the core. Can he fight his way through fear and doubt, a frigid winter, strained family ties, and the inevitable losses of war, while attempting to support the boys in his platoon?

Available in paperback and Kindle editions.